For years I have wanted to do away with those mindless words and cliches that have trivialized our everyday speech. Take for example, the overused phrase of ‘the middle of nowhere’  Can anyone in the world tell me where I can find ‘nowhere? and if so, how would I know it once I was in the middle of it?

Could this be perhaps the elusive NOWHERE?

How about this one: ‘illegitimate child‘ ?  Although a child conceived out of wedlock is considered illegal, it is the behavior of the parents that are illegal, not the child. Therefore, the term illegitimate, as it pertains to the child is, in fact, an oxymoron and I wish it would go away.

Here’s another worn-out phrase: “caught between a rock and a hard place” Instead, how about saying “caught between Scylla and Charybdis” one of my favorite expressions. For those of you who are mythologically challenged however, and asking themselves ‘what the heck is Scylla and Charybdis?,  here’s the story. In Homer’s Odyssey, the hero Odysseus was challenged to navigate  his crew past two narrow passageways and into the open sea. On either passageway however, there lurked  a hideous monster. One was named Scylla, the other named Charybdis. Either choice however, threatened immediate death for the crew. Fortunately the hero survived but sadly, many of his sailors were killed. So, whenever I find myself in a situation where there are no good options, I consider that I am caught between Scylla and Charybdis. 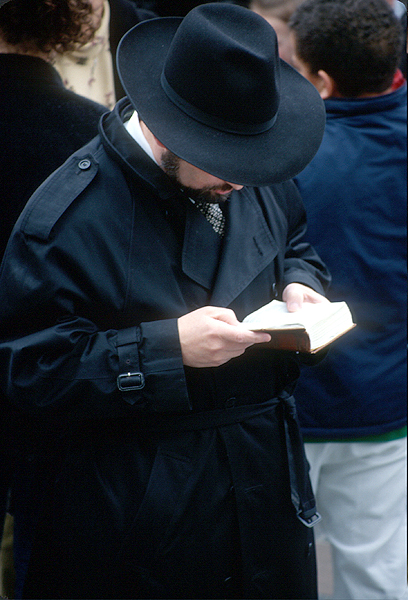 Due to the influence of the Yiddish word (yatata, yatata) the expression yada, yada was born and used to imitate many people talking at once.

There is one saying however, I wish never to hear again; that is the expression ‘jew’m down’, a slur used by many uninformed people and needs to be erased from our vocabulary forever.

In recent years it seems cliches have hit the sports scene in a big way. The biggest saying these days is now: step up to the plate. Don’t get me wrong. I am a big baseball fan, but what’s so great about stepping up to the plate?

After all, just because you stepped up to the plate doesn’t mean you’re gonna knock one out of the park.In fact, you’re more likely to strike out: so while we’re at it we might as well get rid of that cliche too.

Here is one cliche I do like. Every time I hear it, I can’t help but laugh when I hear: “cold enough to freeze the balls off a brass monkey.”

On the surface this expression is not what it appears to mean. In the 1700’s cannon balls and black powder were carried by boys who were referred to as “powder monkeys.”

Perhaps I like this phrase because it is colorful and not so frequently used as the other overused cliches.

Though I know there are literally thousands of cliches that we use daily, we can’t go around creating new ones each day. Every generation however, should at least cast out the old ones in place of the new.

I would like to hear what you think.  Go to this blog and send your favorite and least favorite sayings.